How Often Should Kitchen Appliances be Replaced? 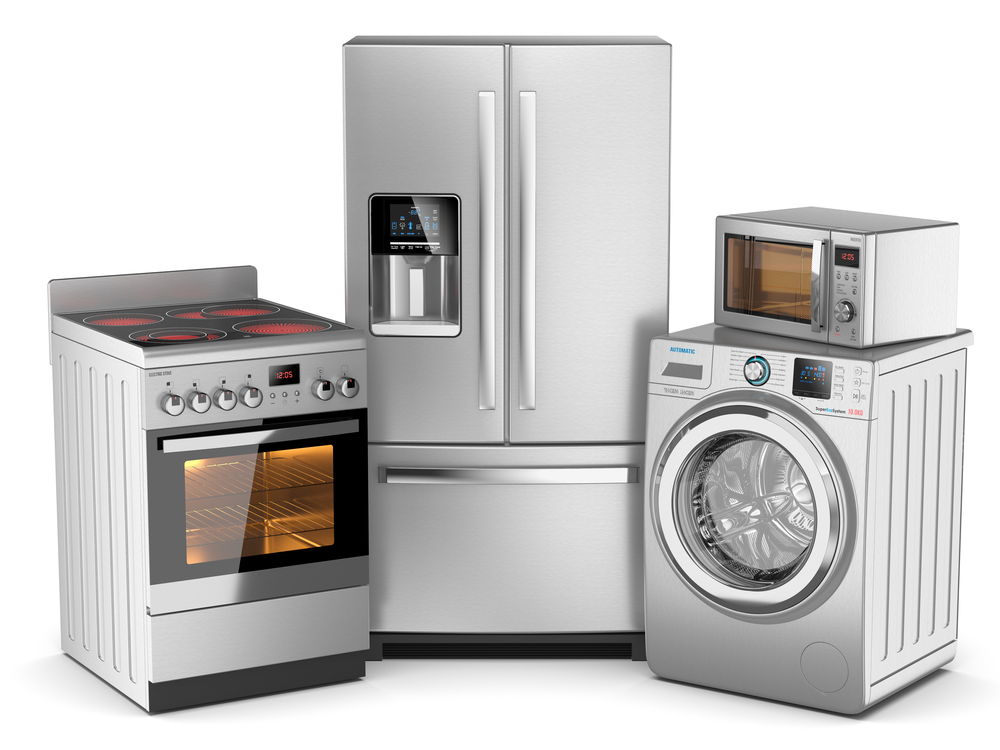 When should you replace kitchen appliances?

Like anything, it would be fair to say that you get what you pay for when it comes to kitchen appliances. If you opt for cheaper models, the likelihood is that they won’t last as long as some of the more expensive ones. That being said, you shouldn’t have to replace even a cheap model as frequently as annually.

*more for a gas-powered range oven.

Many people are most concerned with their oven’s safe lifespan when it comes to appliances, and rightly so when you consider its function. Whether you have a gas or electric oven, its job to heat and cook food makes an oven a significant fire hazard. This means it’s vital to make sure it’s in full and safe working order. Potential problems to look out for include:

Replacement parts for cookers can usually be sourced for around ten years after they are first manufactured.

A hob is another appliance of high concern. Whether you have a gas or electric hob when problems start occurring it’s important to take action quickly to guarantee optimal safety. Many people find themselves using a ‘favourite’, or more reliable ring for heating up food, but it should be possible to keep the whole appliance in good working order with cleaning, regular maintenance, and the help of a professional if needed. Look out for problems such as:

In the instance that the gas hob does not turn on at all, it’s likely that there’s a fault in the spark igniter. This could be loose wiring, which is a dangerous fire hazard. It might be possible to have just this part of the cooker repaired/replaced, however, rather than replacing the entire appliance.

With age, fridges and freezers become less energy-efficient and begin to struggle to keep food cold. If you notice any of the following, it’s likely that the fridge or freezer is on its way out:

When these problems start to occur, it usually means that the appliance is having to work harder to try to maintain a cold temperature. This means your energy bills will increase.

In a fridge, if you notice that the back feels warm, it could be that the motor behind is broken. If this is the case, you might be able to replace the coils alone, rather than replace the whole appliance. Another issue could be a Freon gas leak. Ways to detect this issue would be the presence of a ‘rusty’ or unexplained smell, a pool of oily substance on the floor, or your food not staying cool. A Freon leak poses a significant health risk and can cause nausea, headaches, and even fainting.

When a fridge or freezer approaches the age of ten years, it’s advisable to pay close attention and keep an eye out for these problems.

After they started appearing in the late 60s, microwaves quickly became a must-have kitchen appliance. Depending on how often it’s used, a good microwave will likely last up to ten years. Signs that it needs replacing include:

A faulty microwave can be extremely dangerous, so if any problems are detected the machine should be replaced as soon as possible. Fortunately, as far as appliances go, microwaves are relatively inexpensive so it should be possible to find a new replacement quickly.

A good washing machine should have a lifespan of around ten years, if not more, depending on the model. Having said that, there are quite a number of problems that can occur in a washing machine; some of which can be repaired and some of which may mean a replacement is necessary. It’s important not to ignore any issues that arise because this will usually lead to an inoperable machine. Problems include:

Like with all appliances, if problems like these begin to appear when the machine is approaching the ten-year mark, you should consider buying a new model.

Older tumble dryers are notorious for poor energy efficiency. In fact, they are responsible for high energy bills all over the country. To find out if you need to upgrade to a more modern model ask yourself:

To extend the lifespan of your dryer it’s important to clean the filter and empty the water drawer (if there is one) after every cycle. If these issues still occur after regular maintenance, it’s probably time to invest in a new dryer.

Dishwashers can be described as a love it or hate it appliance. Those with large families or lots of washing up often find dishwashers to be a lifesaver. On the other hand, many argue that dishwashers are unreliable and don’t always clean effectively.

The presences of grit and streaks on crockery, and an unpleasant smell coming from the dishwasher, are the most common complaints when it comes to this appliance. These issues can often be rectified by properly taking care of them by running regular cleaning cycles and keeping them topped up with dishwasher salt.

Any strange noises, leaking, or overheating/cooling suggests that your dishwasher might be approaching the end of its life. While it is sometimes possible to have a dishwasher repaired, it’s important to evaluate what this will cost. If the bill will be above half of the value of the appliance, it’s worth considering a replacement.

Why you should regularly replace kitchen appliances

As well as replacing appliances to ensure you have a full set of fully functioning machines, it’s worth considering buying newer models for increased energy efficiency. When any appliance ages it usually needs to work harder to perform, which uses a lot of energy. Not only is this bad for the environment, but it’s bad for your finances because it leads to higher bills.

Keep your kitchen eco-friendly with modern machines, and at the same time make the most of the new technology that’s available on new appliances. For more information about modernising your kitchen, get in touch with the kitchen experts at KNB.